I will not bash Pacquiao, I will fight his ideals

Last week while I am on hiatus, the Filipino pride Manny Pacquiao said that gay people are worst than animals because animals know to have sex with just the opposite gender. Obviously this does not went well with the gay community in the Philippines and around the world. His sponsor Nike had pulled out. 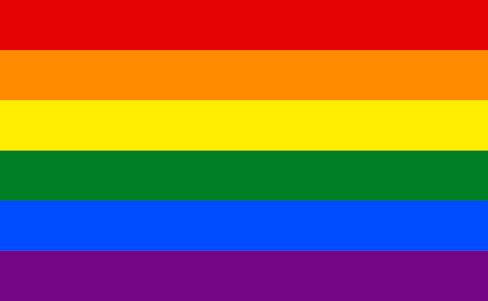 If you ask me, of course I do condone what he said from the bottom of my heart. But the thing is we should support free speech no matter what. Free speech is not only for people whom you agree with, it is also for the people that you do not. There is a Supreme Court. case it came from Ohio, were in the KKK wanted to do a protest rally on a Jewish town. The Supreme Court said that the police has no right to arrest them unless there is an eminent threat of danger. So even the KKK had a right to say what they want. 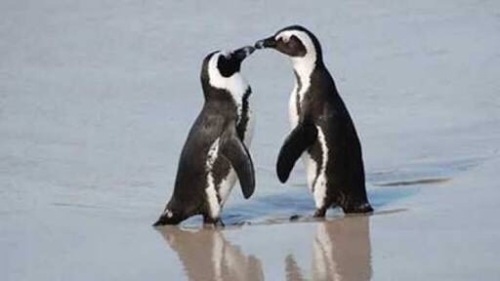 Of course his argument is wrong, there are plenty of gay animals. In fact there a hundred plus animals that exhibit homosexual behavior, Including Rams, lions, dolphins, bonobos and penguins. I can not get over why people do not call him on that. Not the “gay rights is a Human rights” (bla bla bla). Of course gay rights is human rights what are you talking about. But how can you change people’s hearts if you are not fighting them on the issues, right? 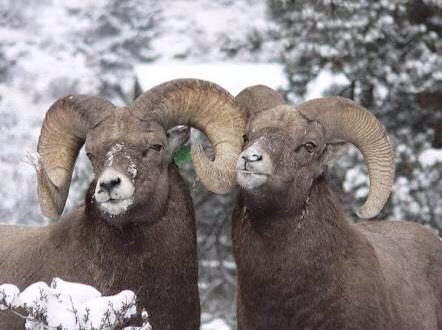 Lastly, Manny Pacquiao has just been a victim of a fundamentalist religion and that we should pity him for not using his mind and he is barely a high school graduate. Finally, I want liberals to write about free speech for those they do not agree with.

Why I believe in a god

This week I was re-watching one of my favorite documentaries on the history channel called The History of the World in two hours. You all know I am non religious but I really have a sense of believe in a god. This is because of this film. For me a god does not control the world. He almost is an absent parent who made you but he is not there. 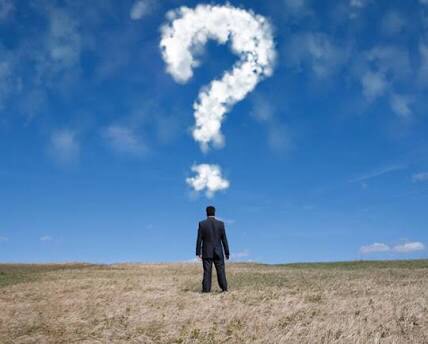 One of the reasons why I believe in a god is how the world is so organized. The thing Is that how organized space is . When the Big Bang happened and the stars formed and died, the stars creates minerals, like gold and silver, like that. The stars died and millions of years later we came it was all here. People say that people who are non religious do not find amazement in the world, no. that is simply not true, I find amazement every single day.

For me God is a god of every and any religion. Not a Christian God or Allah or a Jewish god or Buddha. For me God is everywhere, not just in your bedroom or in pictures or churches. People should be able to use their religion as a way to unite people not to divide.

Finally, people should be able to believe what ever they want when ever you want. Do you, also for me the only thing that I will ask from people is that you should respectful of people’s religious rights and non religiously.

The Dangers of Convertion Therapy

Monday, I was watching a speech at Google about conversion therapy and the dangers of it. It is Coinciding with governor Andrew Cuomo signing a bill in to law that will make it illegal in the state of New York to subject minors to conversion therapy. Conversion Therapy is wrong because sexuality is not changeable. You are essentially born that way.

The practice of conversion therapy started gaining traction in the 1960’s, where in it was common knowledge that homosexuality is a mental illness that should be cured. In this so called therapy it subjected people to torturous things, like they show pictures of two man making out, and if the person’s responded was positive, they will shock that person, like that. Obviously it does not work, people who say that it is working, is lying

Homosexuality was in the DSM as recently as 1973. But the practice of changing a person’s sexual orientation persisted. Parents who just want the best for their kids are subjecting their vulnerable children to this so called therapy, when they know that their child maybe gay. This is what happened to a kid in the 1970’s “Craig” (not his real name) 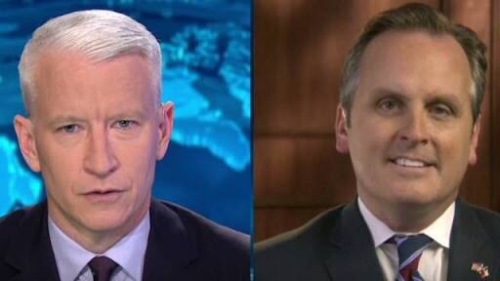 Craig was a young boy from Los Angeles California who when he’s mom notice a behavior pattern more typical of the opposite gender. One night his mom was watching NPR and when this doctor, George Wreckers was talking about homosexuality and that it can be cured. Craig’s parents enrolled him. But his homosexuality was not cured. He suffered from depression, And after his stint in the military he committed suicide. 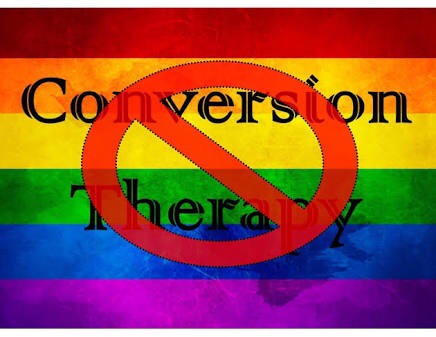 Lastly, I commend what Governor Cuomo did in the state of New York, he really did a very good job, other states should follow suit. People’s lives matter. Finally people are born gay as they are straight and nothing should change that.

Why the Golden Rule is golden 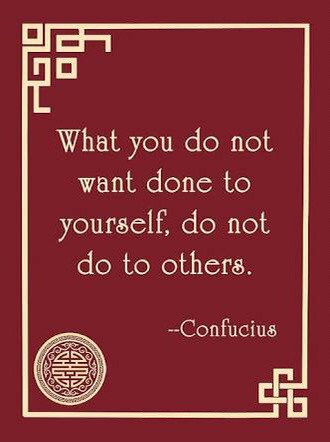 I was watching a pastor give a sermon on homosexuality in the Internet last weekend. And how homosexuality is a sin. I would admit that for a second I buy in to what he is saying. Thankfully, I used my mind and said to my self how can it be, he is wrong. Homosexuality is not bad. And it can not be a sin. Here is why.

The answer is the Golden Rule: Do not do to others as you do not like others to do to you. In the modern term: Do what ever you want to do, unless you are hurting somebody else. The golden rule is a rational piece of advice for people because it deals with every and any crime. It is about consent and not control.

The golden rule can apply to the simplest of crimes to the most gruesome ones. By knowing the magic word, that is consent: for example you took someone’s candy without the permission of the person, in my opinion you are sinning and that is wrong. For example your mother is dying at the hospital and to ease her pain. You allow her to die because of a written form (a DNR), then you are not sinning.

Lastly , how can loving another person be a sin. I can not understand that. People do not get that homosexuality is not about having sex all the time it is also about love and commitment. Finally, People are so focus on sex, why not focus on the poor and the needy.

My Thoughts On The Bible 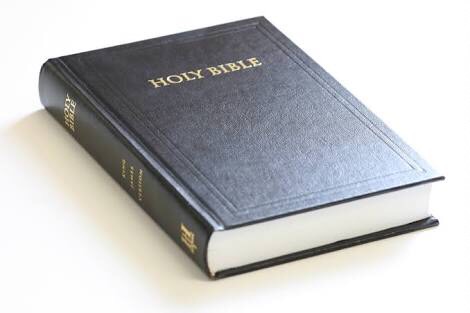 Over the weekend I was watching “Lincoln” an academy award winning film on the great president Abraham Lincoln, and the American Civil War. I notice that the Democratic Party who is the conservatives back then, they are arguing for slavery. Their argument is that gods law i.e. The bible, ‘ they said that this is god’s natural law, and that by arguing against the biblical law that the world Is going to end. 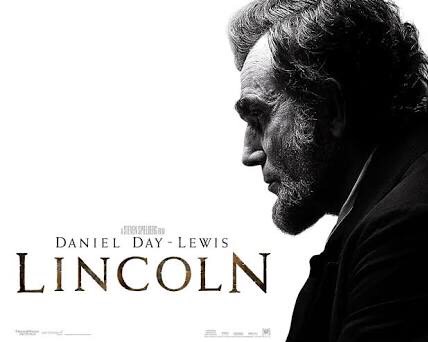 The problem with their argument is that the United States constitution states that the government will not support a particular religious sec. I digress, the bible is wrong about many things. Like for example, homosexuality, how come two people of the same gender can not love each other. They are not even hurting other people, this had been my biggest turn off on Christianity. 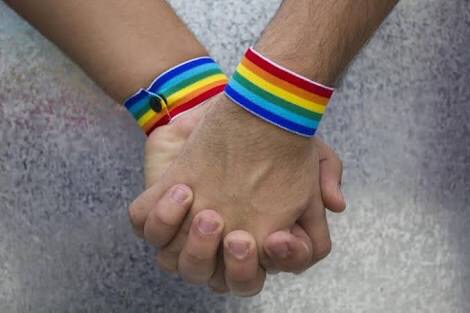 The bible is a contradicting book in the old and the New Testament alike. People should not be basing their lives in this 2000 year old holy book. It should be read with a grain of salt. Like a science book from years ago. The thing is that I do not hate the bible or Christianity, I am just pointing out the problematic things in the book.

For me you do not need a holy book to be a good, moral human being, this is not coming from me this is coming from scientists who researched this thing. People should be about look at the bible as well. I do not see the bible as a literal word from god, if it is, then the book will focus on love and not hate. The problem is the this bible is controlling people’s hearts and minds.

Lastly, I urge people to read the whole book and see how pathetic the people who read it is. The bible is written by men of course this will have some mistakes. Finally, people can twist the bible in its heads and see the results that they wanted to read.

My thoughts on the Catholic Church 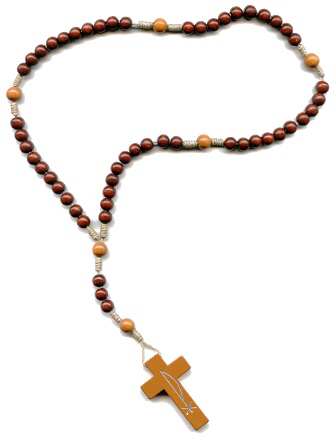 There is a wide spread corruption within the Catholic Church since the beginning of the church. There are church’s that are not built and even if they are it takes a long time. Why are Catholic Church school’s not free, it should be, they have billions of dollars of cash and millions more in vestments and memorabilia from the fourteen to the sixteenth century.

In 2011, there is this horrible story coming from Ireland, there is this woman who had a toxic pregnancy. She wanted an abortion. Since Ireland is a predominantly catholic country, the lady wasn’t given an abortion She and her ended up dying days later, leaving her husband and young child behind.

I want to talk about the big elephant in the room, the sex abuse scandal. This is I think because of the massive rejection of sex within the Catholic Church. Because they have the belief that Jesus was celibate. Look, if you suppressed your natural sexual urges then, you will have people that behind closed doors are doing sinful things. The problem is when young children are raped by priests. Then we have a crime. 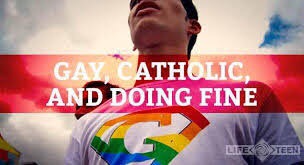 Lastly, for me one of the biggest turn offs of the Catholic Church is their treatment of homosexuality and divorce. As a gay rights activist, I believe in the rights for people to get married weather, gay or straight. I still love the Catholic culture. I just do not want to hear some people, priest speak about questionable things.

My thoughts on Jehovah’s Witnesses

warning: this is a rant, and if you are easily offended, please do not read this blog post, you have been warn. This is totally my opinion and my opinion alone.

I was watching a coming out video of Sebastian Castro an American Musician and model. Who when he came out of the closet was disown by his jehovah’s witnesses parents. I feel very angry and sad for his situation. Really, Jehovah’s Witness people, that is your kid. What the heck. This offended my sensibilities as a liberal. Who believes in human rights and dignity.

One of the most frustrating things about this cult yes they are a cult even If they have millions of followers. Is that you can not be friends with non witnesses. Come to think of it that is the most Insecure thing because they think that their beliefs can not hold up to scrutiny.

The biggest thing about this cult is that you can be kicked out for mundane thing’s that as liberals we take for granted. Like having friends that are of different religious beliefs than us, and homosexuality. And if you are “lucky” your family will disown you. They will not talk to you. This colt is a travesty to humanity.

Lastly, I just want to say this thing what Sebastian’s parents did should be a crime. It should be a crime to disown your kids for something as arbitrary as their kids sexual orientation. Finally, Jehovah’s witnesses are a shame to the whole Christian religion.