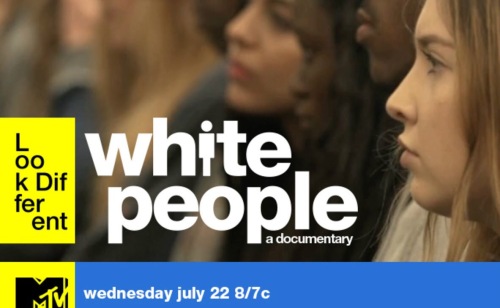 First of all I want to say this I love Jose Antonio Vargas. So I may be a little bit bias on this review. But having said that I want to be as objective as I can be reviewing. this made for tv documentary.

‘White People’ is about five young white persons living in the United States. And their journey of being young and white in a changing America. I like the fact that Jose took this topic. I know that this is a hard topic to tackle because in America racism is very prevalent.

What I don’t like about the film, the film doesn’t go too far enough that you will go, wow, this is a good film, it made me uncomfortable to watch it. I am just used to his first documentary: Documented (released in 2014), I have high hopes for the film. Because his CNN film is so good and awesome.

I understand that MTVs core audience are young people. I felt like White People’ is too commercial. There is something missing in the film. It doesn’t move me at all. It did not live out to the hype it made in social media.

Will I recommend White People? Yes, I will recommend it because it is good and tackles racism. Jose is a good writer and filmmaker. He does made do with what he needed to work with. The film 2.7/5 stars for me.